Feeling stressed? It pays to talk! 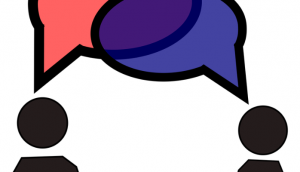 Did you know that a conversation – the right conversation – can change your perspective, melt away the stress and leave you with a clear course of action?

Perhaps you need a reminder that stress is NOT compulsory, even though it is widespread and may have become your norm. Stress is actually a response to feeling powerless or under threat, so the best way to deal with it is to take back your power and change the way you respond.

Here’s why it matters …

So let me ask you this. Why choose to put up with it when …

I know this from experience – my own and other people’s. It has shaped my understanding and coaching approach for almost 30 years. The right conversation has the power to transform stress into success.

Here are some real life examples from my book ‘Game Changer’.

David had an enormous workload. He was responsible for managing a number of senior people in various locations throughout the UK. He worked long hours, travelled great distances and was extremely stressed. Almost immediately, I discovered that David found it hard to have what he perceived as ‘difficult conversations’. He found negotiation to be a real challenge and struggled to trust others to do a job as well as he could himself. Instead, he strived to meet the demands and expectations of his boss, at the cost of his own health and well-being.

By changing his mindset and developing and improving his communication skills, David began to delegate some of his workload. His colleagues responded positively to this newfound trust and embraced the opportunity. Much to his surprise, David also discovered that his boss was perfectly happy when he suggested more effective ways to manage the workload. By taking control of the situation and delivering better, more effective solutions, David not only addressed the stress and improved his quality of life, he increased his value to the organisation.

A highly-talented project manager had upset various members of staff and behaved in what was considered an aggressive manner towards clients at meetings. He was the cause of much stress and unless a solution could be found, the company made it clear to me that he would have to go.

I found the young man to be very personable, but quite arrogant. He came from a cultural background with a dominant macho culture and had an attitude of superiority. By his own admission, he was often blunt with people. It was also clear that he had a number of fixed beliefs that influenced his attitude and communication style. He admitted a lack of engagement at meetings and impatience with colleagues and clients.

Before I could help him, I needed his agreement and commitment, so I asked him about his professional goals and what success would mean to him.

He was keen to build a career with the company. It mattered to him to be happy at work and be proud of what he achieved, but with a heavy workload and under pressure, he struggled to manage his time. He also became frustrated when those he relied on, failed to do what he asked.

“Can you describe the business you’re in?” I asked him.

“Yes, that’s what you do, but it’s not the business you’re in. Surely you are in the people business? Doesn’t your success depend on your ability to connect with people, whether they are your clients, employers or colleagues? Aren’t you selling you, ie/ your skills, your ability, your time every day, in return for your salary and position?”

He thought for a moment and replied, “I hadn’t thought of it like that before. How soon can we get started?”

Over the following weeks, the young man discovered that effective communication could achieve far better outcomes and reduce the stress. He came to revel in his ability to get results without the drama and became an asset to the company. In time, he was promoted to director.

Take control when you’re up against it!

Too often we resist change and avoid dealing with business or personal challenges because we focus on the problem, rather than the solution. The result is stress, unhappiness and wasted potential. If you’re ready to take control when you feel ‘up against it’, or you want or need to have that conversation, get in touch.

I’ll be delighted to hear from you and you’ll be glad you did!

"7 Performance Mistakes No Serious Business Owner Can Afford to Ignore."

My new
book is
out now!